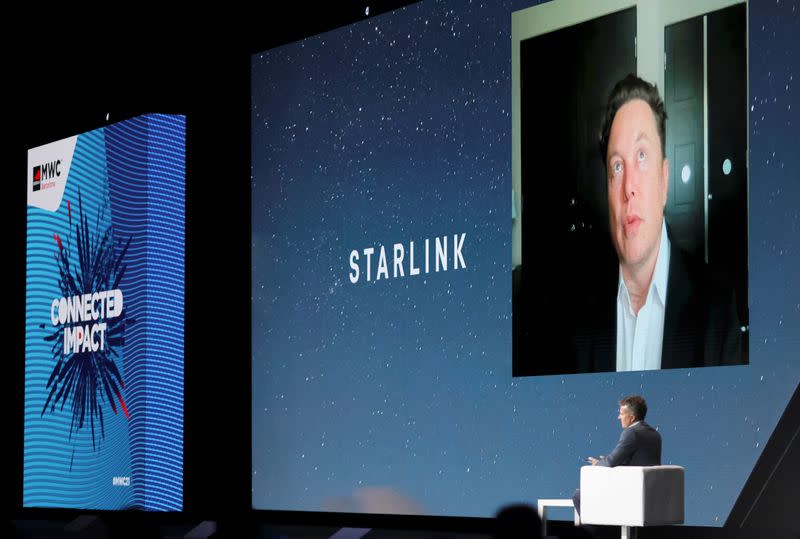 Starlink, SpaceX’s growing network of thousands of internet satellites, will charge customers seeking high-speed internet access on private jets between $12,500 and $25,000 per month for the service, in addition to a cost $150,000 one-time hardware, the company said on its website.

Starlink Aviation will begin delivering terminals in mid-2023, it said on its website, with reservations requiring payment of $5,000. He added that each terminal can deliver up to 350 Mbps, fast enough for video calls and online gaming.

Companies building networks of low-Earth-orbit satellites delivering high-speed internet, like SpaceX’s Starlink and Britain-backed satellite operator OneWeb, are racing to woo airlines and private jet services on a market dominated by companies such as Inmarsat and its rival ViaSat, which plan to merge.

OneWeb on Tuesday announced an agreement with inflight broadband giant Panasonic Avionics, which provides services to some 70 airlines, to market and sell OneWeb’s broadband service to airlines by mid-2023.

Last week, the UK competition regulator remanded Viasat’s planned takeover of rival Inmarsat for further investigation over concerns the tie-up could stifle new competition in the aviation connectivity market and drive up Wi-Fi prices. Fi on board airlines.

SpaceX plans to offer Starlink internet connectivity to Hawaiian Airlines planes next year. The company offers the service to marine and RV customers, and already has tens of thousands of individual consumers paying $110 a month with a $599 terminal.