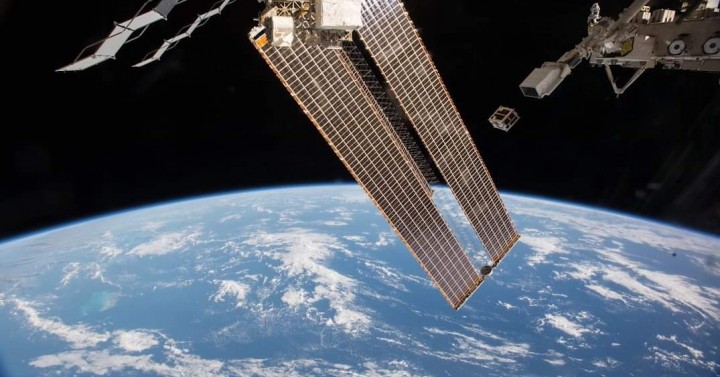 PH will use space technology for wider internet access

MANILA – Internet connectivity, especially in rural areas, is among the challenges many people face and the education sector is one of the most affected, which has prompted Filipino lawmakers to push for the adoption of the law on public schools of the future in technology (PSOFT).

The bill aims to promote the use of technology to deliver quality education and to ensure adequate investments in digital and technological infrastructure in public schools.

The Philippine Space Agency (PhilSA) has a role to play in making this happen and will highlight the space segment of telecommunications and internet infrastructure.

â€œGiven the rapid advancements in space technology seen globally, it is imperative that the country take the necessary steps to build a future knowledge workforce that can contribute to a space economy. PhilSA (will help) engage DepEd (Department of Education) in the development, improving and strengthening SSTA (Space Science and Technology Applications) concepts and practices as a fundamental technology to be introduced and maintained in the curriculum â€, PhilSA chief executive Joel Marciano Jr. told the Philippine news agency on Tuesday.

PhilSA is a member of the PSOFT interagency working group (IATF) which will develop the PSOFT roadmap.

The proposed measure aims to consolidate development plans, programs and projects to be implemented by various departments and agencies of the national government to advance digital technology and innovation in public basic education.

Among the elements of the PSOFT roadmap is “Universal Internet Access for Public Schools”, which aims to ensure that all public basic education schools have Internet access to help bridge the digital divide. between learners and to raise the standards of education for all.

Marciano noted that by allowing satellite WIS to perform test deployments in the country, government agencies like DepED, the private sector and the public can experiment and evaluate the performance of satellite broadband Internet services for various , such as education, telehealth, disaster response, teleworking and e-commerce, among others.

This initiative is also expected to expand market entry and access to other internet players who can help bridge the country’s digital divide, he added.

The need to build, use and maintain modern infrastructure to provide accessible quality education has been a long-standing necessity, Marciano said.

“We stress the need and the ability to generate and build, and not just use, relevant technologies, addressing the efficiency and sustainability of our socio-economic programs,” he added.

The INCENTIVIZE project will facilitate the entry and deployment of satellite user terminals and / or gateway equipment, to enable access to LEO and MEO satellites to establish a high-speed Internet connection.

Meanwhile, Marciano said PhilSA will also advise and work with DepEd on the use of space technology and relevant space services to implement the relevant provisions of the bill. This, he said, may include the generation, processing and use of spatial data, satellite images and other geospatial information to support DepEd’s operations in monitoring buildings or infrastructure. school.

Other plans for PhilSA include the regular nationwide baseline assessment of space education in Philippine schools, which should underpin the collaborative efforts between PhilSA and DepED to infuse SSTA into the curriculum.

â€œThe subject of space has always fascinated many young people. With the creation of PhilSA, we intend to work with DepEd to take advantage of this widespread interest to increase the number of STEM (science, technology, engineering and mathematics) students and to improve academic performance â€, Marciano said.

PhilSA, he said, offers scholarships for Filipinos to undertake graduate SSTA studies at universities here and abroad. Expansion of possibilities to support OHS educational programs at the junior and secondary levels, particularly in public schools, is under consideration. (ANP)

How the autonomous vehicle shapes our future wireless networks