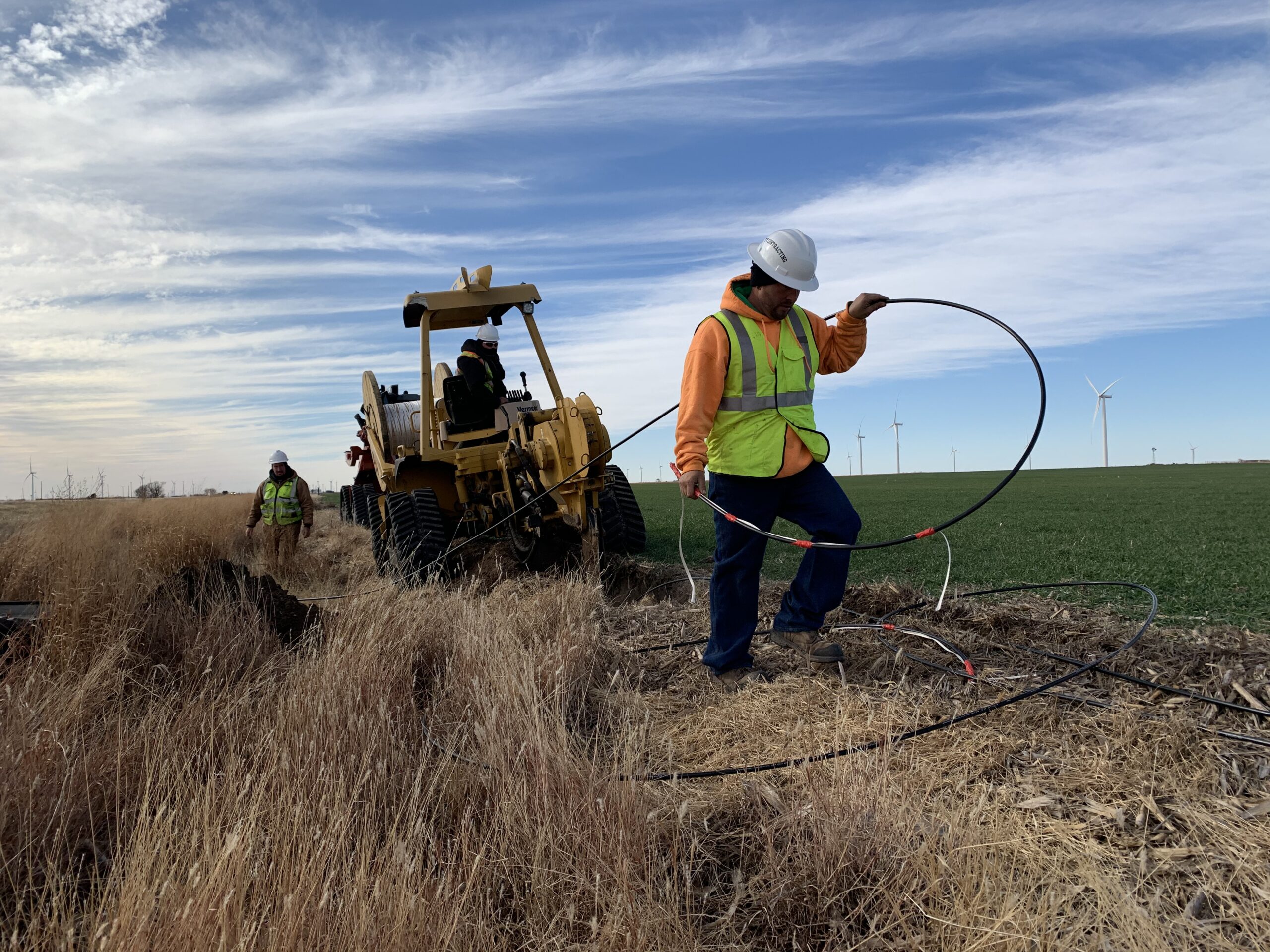 TOPEKA – Daniel Friesen doesn’t want geography to be the determining factor in whether Kansas communities have access to high quality broadband service.

He started a business in Buhler dedicated to delivering fiber-optic internet to the home and was ready to take the plunge when the COVID-19 pandemic revealed service gaps in education, of commerce, health and home care in Kansas. That’s when the federal government began pouring CARES Act relief funds into the states, and Kansas officials earmarked $ 50 million of that largesse for broadband expansion.

Friesen, founder and chief innovation officer of IdeaTek, has supported 66 broadband projects in underserved rural areas of 17 counties in Kansas. Contracts valued at $ 18 million have triggered dozens of plows and drilling machines. This led to the installation of hundreds of kilometers of cables and the construction of 70 telecommunications towers.

Twenty communities across the state got their first glimpse of fiber optic service through the IdeaTek projects. The effort resulted in network extensions capable of serving 13,000 homes and businesses.

He said Meade County previously had no broadband connectivity, but the federally funded program took it to around 100%. In the past, county students had to drive to hilltops to use wireless hotspots for homework.

Broadband helped farmers in Pratt County who were struggling to use precision field mapping technology. In Chase County, the expansion solved the daily connectivity challenges of a bank and other businesses, he said.

â€œThe stories go on and on. It’s very rewarding to be in this business and to be able to help change people’s lives,â€ said Friesen.

Stanley Adams, who heads the broadband development office created last year at the Kansas Department of Commerce, said the quest to connect communities with strong, reliable broadband must continue.

In April 2020, the Kansas Legislature passed and Governor Laura Kelly signed a bill committing $ 85 million to broadband infrastructure through 2030. During the first three years of the initiative , $ 5 million would be allocated by the state to broadband objectives. This figure would rise to $ 10 million per year over the next seven years. The objective is to join forces with the private sector to double this overall investment.

He said there is a growing urgency among policymakers to make the investments needed to provide broadband to all communities in Kansas. The pandemic has convinced more people that students need a strong internet for distance learning, doctors need it to take advantage of telemedicine opportunities, and business owners who strive to be competitive have need reliable links with the whole world, he said.

â€œTo grow economically and advance in our education and health care fields as well as others, we need to have robust connectivity,â€ Adams said. “It’s the great equalizer.”

The Kansas Appleseed nonprofit reported that 165,000 Kansans did not have high-speed wired internet service available in their homes. In addition, around 300,000 Kansans were plagued by slow internet speeds. About the same number had only one service provider in their area.

Friesen, of Ideatek, said the pandemic had highlighted service gaps across Kansas, but the problem was most acute in rural areas. Nationally, almost all urban areas offer some form of fixed broadband. About two-thirds of the country’s rural communities have comparable access.

â€œThe components of COVID and the isolation of people in their homes have really overwhelmed an already poorly functioning rural broadband infrastructure in the United States and Kansas,â€ Friesen said.

He said the cost of bridging the digital divide in Kansas could approach $ 500 million. The deepening of the state’s telecommunications prowess will happen faster if government subsidies encourage broadband development, he said.

How could wireless networks be scaled to meet IoT demand?