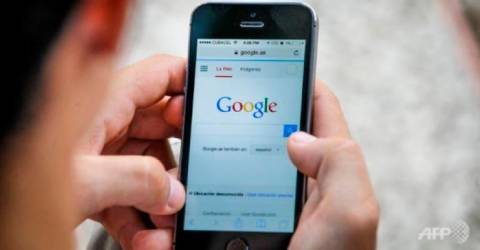 KUALA LUMPUR: The Communications and Multimedia Commission (MCMC) has implemented various initiatives to address the problem of poor internet access in Kapit, Sarawak

MCMC, in a statement released today, said that 19 communications towers that were built in Kapit and Song districts as part of its universal service delivery funds are now fully operational.

“Of the total, the construction works of two new towers at Sekolah Menengah Kebangsaan (SMK) Kapit and Kampung Balan are underway and should be operational in the second quarter of 2022,” the statement said.

MCMC informed that the construction of 42 new communication towers in rural areas such as Nanga Nyimoh, Nanga Bangkit, Nanga Sembawang, Ulu Menuan, Nanga Makut, Nanga Bena, Nanga Dalai, Nanga Janan, Nanga Chupin, Nanga Engsilai as well as in others the selected areas which should start in November should be operational in stages until the end of December 2022.

Apart from this, MCMC said that the work to upgrade 17 transmitting stations to the 4G network under the Jendela initiative has been completed, while the upgrade of 38 other stations is expected to be completed in stages. from November of this year to March 2022.

Connection work to the fiber optic network along the new road from Kanowit town to Song and Kapit is also underway.

“It is estimated that 707 premises around Kapit and Song will benefit from better broadband service from fixed line to broadband. The work to connect to the fiber optic network is expected to be completed by the first quarter of 2022 and this is also one of Jendela’s initiatives to provide broadband access to people in rural areas, ”said MCMC.

To overcome the problem of broadband access in the remote hilly areas of Song and Kapit districts, 84 locations have been identified for the installation of a satellite broadband access service (Wifi VSAT). has been implemented since last September and is expected to be completed by the end of January 2022.

“The facility will operate for two years and residents of each location will have free access to broadband services. With the implementation of various initiatives by MCMC, it is hoped that the residents of Song and Kapit can carry out their daily activities and improve their standard of living in the digital age, ”the statement said.

Following the problem of poor internet access in the town of Kapit, as recently reported by a local media agency, MCMC, along with the service providers, will visit the premises tomorrow to get a real picture and find a solution to the problem the residents are facing. are faced.

At the same time, the MCMC held an engagement session with the Minister of Internal Trade and Consumer Affairs, who is also a member of the Kapit Parliament, Datuk Seri Alexander Nanta Linggi, to inform measures to be taken to improve the network of communication in the region.

“Residents of Song, Kapit and surrounding areas who want to know the status of network coverage in their area or want to file a complaint with the service provider can do so by visiting Jendela Map through the link https://jendela.my“, he added.

Reliable Internet Access in Rural Minnesota More Important Than Ever