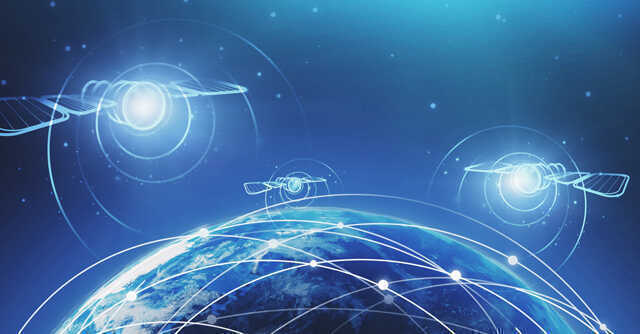 Hughes Communications India, a joint venture of US-based Hughes Network Systems and Indian telecommunications operator Bharti Airtel, has announced the launch of its first high-speed satellite (HTS) broadband internet service in the country. The service will offer internet via satellite to remote locations across India and will use geosynchronous satellites (GSAT)-11 and GSAT-29 of the Indian Space Research Organization (ISRO) to deliver the service.

Talk to mint, Shivaji Chatterjee, senior vice president of Hughes Communications India, said the service has the capability to offer internet connectivity bandwidth of up to 100 Mbps. On March 22, Chatterjee told Mint in an interview that the service should offer bandwidth between 2 and 10 Mbps.

“Our service will have an average bandwidth of around 10 Mbps, because such speeds are what is required in the markets we are targeting. In terms of capacity, we can go much higher, if there is a demand for industry,” he said.

He also claimed that the service had been tested for a year in some regions, such as Jammu and Kashmir and Himachal Pradesh, where difficult terrain often results in a lack of physical land connectivity. Today’s launch extends Hughes’ HTS service across India.

HTS satellites seek to improve on this, and therefore bring satellite Internet connectivity closer to the standard of terrestrial Internet networks.

Nishant Bansal, senior research manager for Telecom Research, Asia-Pacific at market research firm International Data Corporation (IDC), said the satellite broadband market is still limited even in applications. industries, and while many carriers have the capability on paper to provide connectivity of up to 100 Mbps in bandwidth, their end-use markets do not require such high bandwidths.

“The application of satellite connectivity remains limited to marginal markets, such as remote locations. There is no market for very high-speed satellite Internet at present, as markets that require high-speed Internet are already served by terrestrial networks offering bandwidths of up to 1 Gbps,” he said.

Explaining how Hughes’ HTS network currently operates, Chatterjee said, “Our previous plans were limited to speeds between 256 kbps and 2 Mbps, and offered about 4 GB of data per month.” The new service offers up to 10 Mbps of bandwidth – up to 2 GB of data per day.

Bansal added that there have been discussions within the Department of Telecommunications (DoT) to sanction the 26 GHz frequency band for the use of satellite connectivity, which could see more companies come into the fold. satellite internet. “This could be critical for more service providers, such as Starlink (backed by SpaceX) and OneWeb (backed by Bharti Airtel) to enter this market,” he added.

In 2018, ISRO launched GSAT-11 and GSAT-29 with the aim of bringing higher bandwidth satellite connectivity to Indian customers in the corporate space. After the launch of GSAT-11 in December 2018, former ISRO President K. Sivan told a press conference that the satellite is capable of delivering peak data bandwidth of 14 Gbit/s via satellite networks.

While the GSAT-11 and GSAT-29 satellites carry transponders (instruments that relay data from the satellites) in Ku-band and Ka-band frequencies, the Hughes HTS service will only use Ku-band for data transfers. high bandwidth. .

Chatterjee claimed that Hughes had requested the use of higher Ka-band frequencies with India’s nodal space technology body, India’s National Space Promotion and Authorization Center (IN-SPACe). “Ka-band can help us deliver gigabit-class Internet connectivity, the technology of which is already available. In the future, once we receive approval, we will also be able to offer higher bandwidth connectivity,” he said.

However, Chatterjee added that Ka-band frequencies face higher interference due to obstacles such as rain and forest cover, which could be obstacles that the eventual evolution of satellite internet technology will seek to overcome. solve.