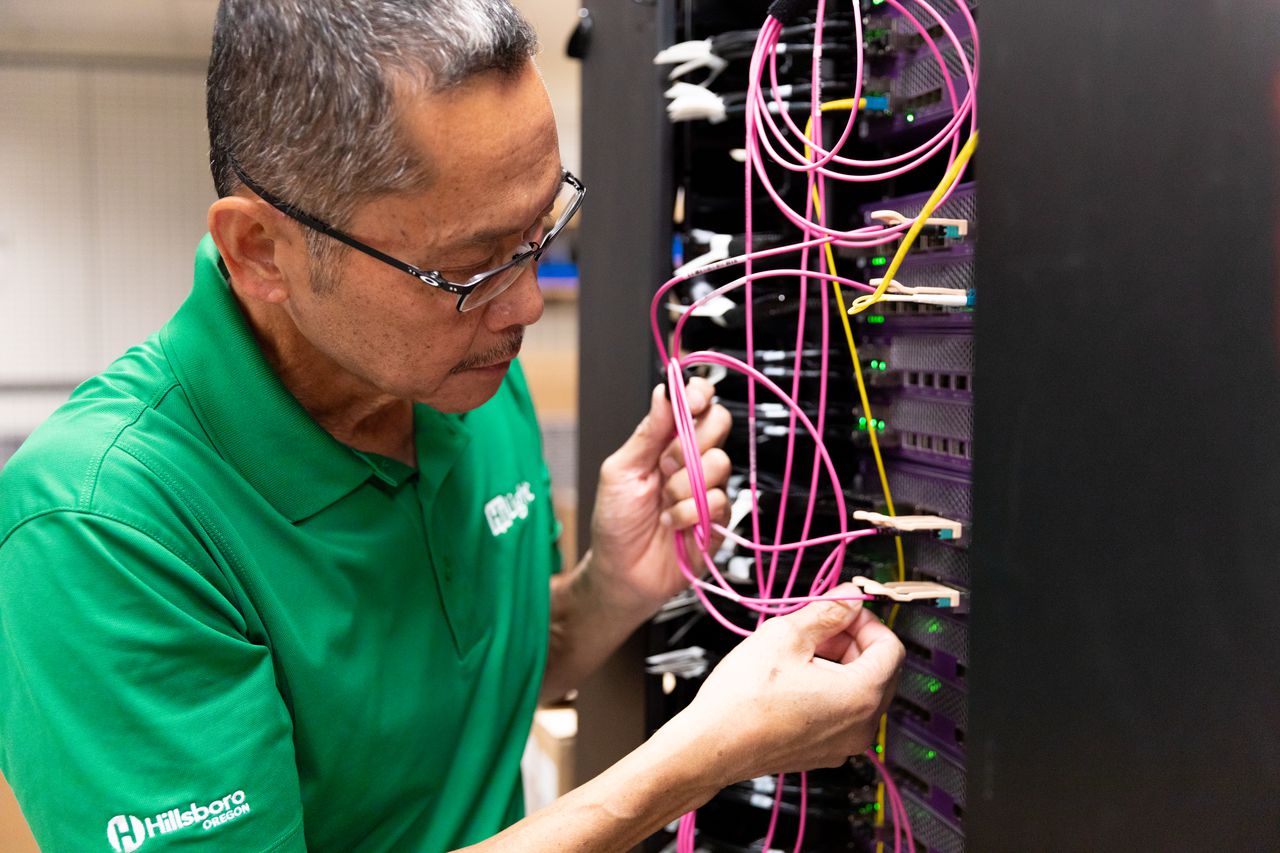 Over the next decade, however, Hillsboro plans to expand the project to establish Oregon’s largest public fiber network with prices and speeds better than those offered by the private companies that currently dominate the market.

The city has committed $28 million over seven years in hopes of giving its citizens and businesses a better deal and bringing fast internet access to households that can’t afford similar plans from Comcast. He has spent over $9 million so far.

Public telecommunications networks have a patchy track record in Oregon and elsewhere, with local governments struggling to keep up with changing technology and overcome competition from well-funded rival companies.

The city says it has a unique opportunity to make this project work. It works with the Hillsboro School District and connected 44 schools to its fiber network last summer. And HiLight will initially focus on emerging South Hillsboro development because it’s cheaper to run fiber optic lines in conjunction with new construction.

With a population of just over 100,000, Hillsboro is home to both Intel’s multi-billion dollar computer chip factories and communities of impoverished farm workers. The city hopes that HiLight can bridge this gap by serving its diverse populations.

“This access to HiLight is going to mean a lot to families who don’t have affordable internet access,” said City Councilor Olivia Alcaire.

HiLight charges $55 per month for internet speeds of 1 gigabit per second (one gigabit equals 1,000 megabits per second), consistent with what Comcast charges for speeds ten times faster. Both Comcast and HiLight offer substantial discounts for low-income families, around $10 per month, although HiLight’s discounted speeds are much faster.

With a national footprint and annual profits of more than $13 billion, however, Comcast has the technical and marketing muscle to compete in any way it chooses.

“Other jurisdictions have abandoned these types of efforts after finding them to be more complex and costly than originally anticipated,” Comcast said in a written statement on HiLight. “Providing reliable and fast connectivity is what we do every day.”

Washington County’s other major internet provider, Ziply Fiber, declined to comment on HiLight. Comcast didn’t say how it would react to Hillsboro’s network, but it could launch an aggressive promotional campaign, entice customers with discounts on long-term contracts, or offer discounts to new customers.

That’s what happened in Ashland two decades ago, when an established cable television company easily outwitted this southern Oregon town’s municipal telecommunications service and left the small community struggling. with years of losses.

Multnomah County commissioners canceled plans to explore a countywide fiber network in October after a publicly funded study concluded the project would cost $1 billion. Hillsboro itself rejected the idea of ​​a fiber-to-the-home network in 2015 after a city-backed study pegged the cost at $66 million.

But Mayor Steve Callaway said the city pulled the plans off the shelf when it realized it could save money by pooling resources with the school district and prioritizing to the development of South Hillsboro.

“Things have changed in terms of resources and technology,” Callaway said. “Then it started to make a little more sense.”

HiLight serves about 2% of Hillsboro addresses when it launches. Over the next year, as it expands to South Hillsboro and southwest Hillsboro, the city hopes the network will grow to 4,700 residential and business addresses, or about 10% of Hillsboro.

HiLight’s launch is 18 months late – delayed, according to the city, by technical issues and complications resulting from its partnership with the school district. But Hillsboro says the city-owned fiber optic network in the suburban community of Longmont, Colorado is proof that city internet service can work at modest scales.

And Hillsboro says the pandemic has highlighted the need to close the city’s economic and digital divide.

Cost: $55 per month for 1 gigabit connections (uploads and uploads); Comcast’s standard rate is $100 per month for similar download speeds; HiLight offers phone service for $20 per month.

Service area: Very limited, at 780 addresses near Shute Park in Hillsboro; HiLight plans to expand to other areas, including the new South Hillsboro development, over the next year. Full construction could take a decade. The network is already connected to 44 Hillsboro School District facilities.

City expenses: Hillsboro has committed $28 million over seven years to the project; it has spent $9.3 million through June 30.