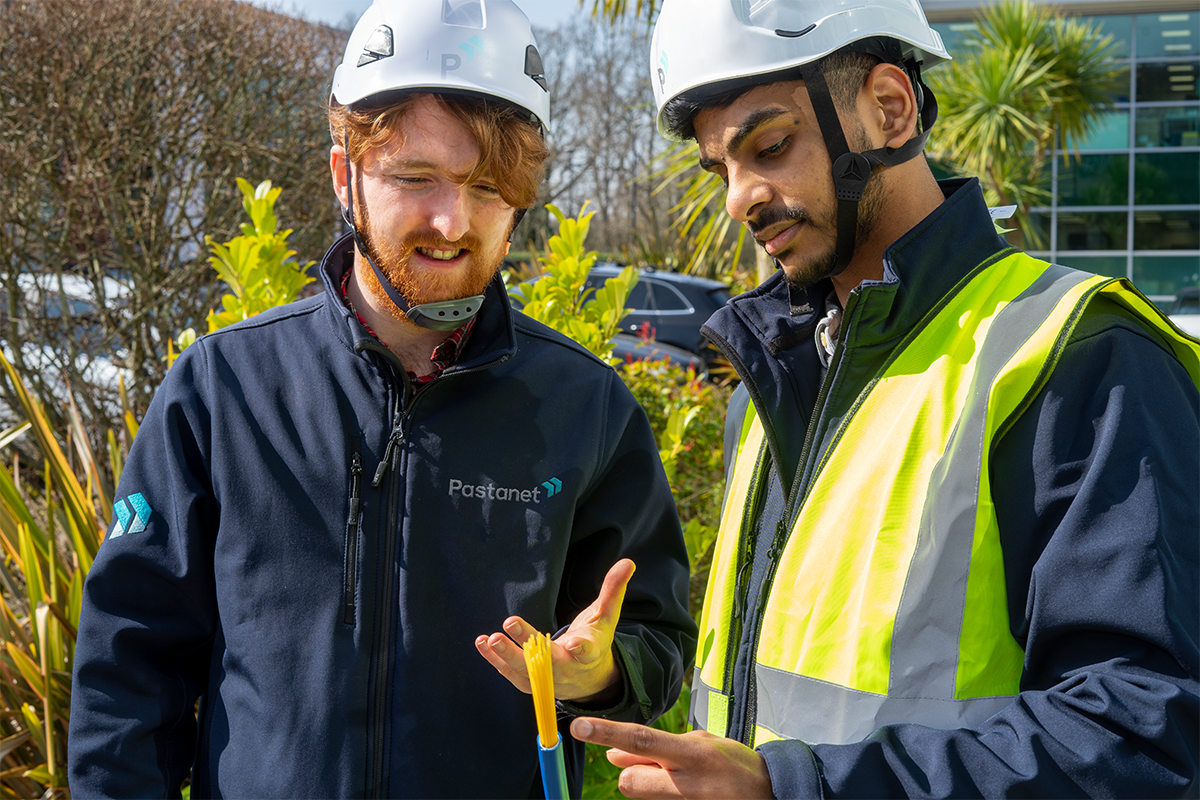 Giganet, an award-winning Internet Service Provider (ISP), is poised to dominate the untapped vegan, vegetarian and diet population by shifting from traditional fiber optic cabling, made from glass, to much higher fiber-rich wholemeal pastas. and vegan friendly.

In a bold move aimed at further disrupting the internet services industry, the Hampshire-based company has announced plans to rebrand itself as Pastanet, to raise awareness of its latest vegan-friendly innovation. Telecommunication technology based on whole wheat semolina which revolves around the use of dry pasta.

Until now, Pastanet connected homes and businesses in the region to full fiber in honor of government plans to deliver nationwide gigabit broadband by 2025. However, engineers discovered a way to deliver data at even faster speeds thanks to the high fiber content of whole-wheat spaghetti.

Using a whole-wheat spaghetti network to deliver high-speed data over greater distances. Data travels through pasta at the speed of light. This means you can enjoy faster download speeds and a more reliable internet connection.

A Pastanet spokesperson said: “In the same way that a potato has been proven to generate electricity, we have discovered that pasta works the same way for internet data.”

“The glass used in traditional full fiber optics refracts light, passing data through with two streams. But fortunately, thanks to the glycogen structure of pasta, it allows us to refract light waves at 6 times the speed.

The move to connections using dried spaghetti has already received rave reviews from test customers, and the company wants to maximize innovation by renaming a name synonymous with whole-wheat pasta technology.

“Although much maligned in diet circles, carbs are proving to be crucial in our efforts to deliver faster internet speeds. The installation of our brand new linguine lines has been in development for some time. , while our installation engineers develop their skills to deal with new technology.”

“We dig narrow trenches, usually in the sidewalk, and lay the strands of pasta in protective conduits. Once in place, we pour boiling water into the trenches to fuse the strands with a drizzle of olive oil to prevent it from sticking. It often only takes 20-30 minutes for the pasta to cool, then residents can access our full fiber optic network, which we’ve affectionately dubbed “Spaghetti Junction”, whenever they feel the need for a higher connection. faster and more reliable.

Pasta is made from grains, one of the staple food groups of a healthy diet and has long been recognized as a good source of energy and fibre. Plus, in today’s food-conscious society, Pastanet wants everyone to know it’s 100% vegan.

“We use dried pasta that does not contain eggs and is friendly to our vegan customers.”

But the easy access and affordability of spaghetti has prompted some DIY tech enthusiasts to try installing their own fiber optic broadband using substandard pasta shapes.

“One of our engineers recently visited a property at SP4 GH1, where the owner had attempted to connect to his local exchange with a trail of mini sausages and spaghetti hoops. He couldn’t understand why his connection was down. Another had tried to speed up their old copper phone connection with ragu.They just don’t realize the science it takes to make it work.

In order not to alienate customers who are skeptical of new technology, Pastanet would like to reassure readers that while scientific work continues to test this new technology, it will continue to provide excellent broadband. at speeds of up to 900 Mb/s over traditional fiber optics. methods. For details on Pastanet availability in your area, check your postcode at www.giganet.uk/pastanet

>>> Did you know that we print Telemedia Magazine quarterly. Free for advanced readers. Essential reading for any business that wants to engage users, monetize content, and drive sales of VAS and premium apps. Download the current issue.

AmOne Review: An Easier Way to Get a Debt Consolidation Loan