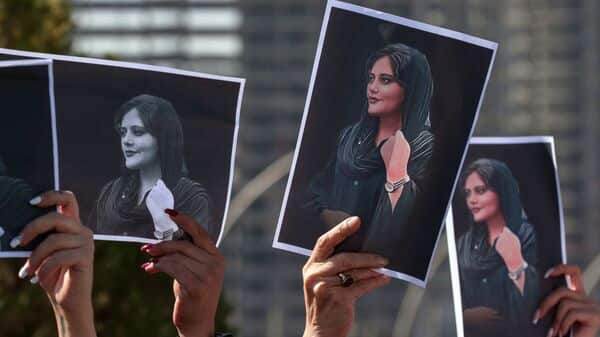 Iranian authorities on Wednesday cut off internet access to many of its citizens after widespread protests over the death of a 22-year-old woman, Mahsa Amini, in police custody, according to reports.

Earlier, US Secretary of State Antony Blinken announced on Twitter that he would advance internet freedom and the free flow of information for the people of Iran by issuing a blanket license to provide them with greater access to communications. digital to counter.

For more than a week now, protesters in Iran have been demonstrating against compulsory dress codes, including compulsory wearing of the hijab, and demanding basic rights to freedom.

After the death of Mahsa Amini who was reportedly detained by the Iranian vice squad, protests erupted across Iran. Amini died days after falling into a coma while detained for breaking a hijab law.

Earlier this week, lawmakers in New York and New Jersey had urged the US Treasury Department to grant approval if SpaceX sought licensing approval to make internet service available in Iran.

Claudia Tenney of New York and Tom Malinowski of New Jersey have reportedly appealed to the Treasury Department, Fox News reported. The letter came after Musk tweeted on Monday that SpaceX would seek waivers from sanctions against the country.

In the past, SpaceX has deployed Starlink in emergency situations in Ukraine after the Russian invasion and in the South Pacific islands of Tonga after a volcanic eruption.

Catch all the trade news, market news, breaking events and the latest updates on Live Mint. Download the Mint News app to get daily market updates.

* Thank you for subscribing to our newsletter.