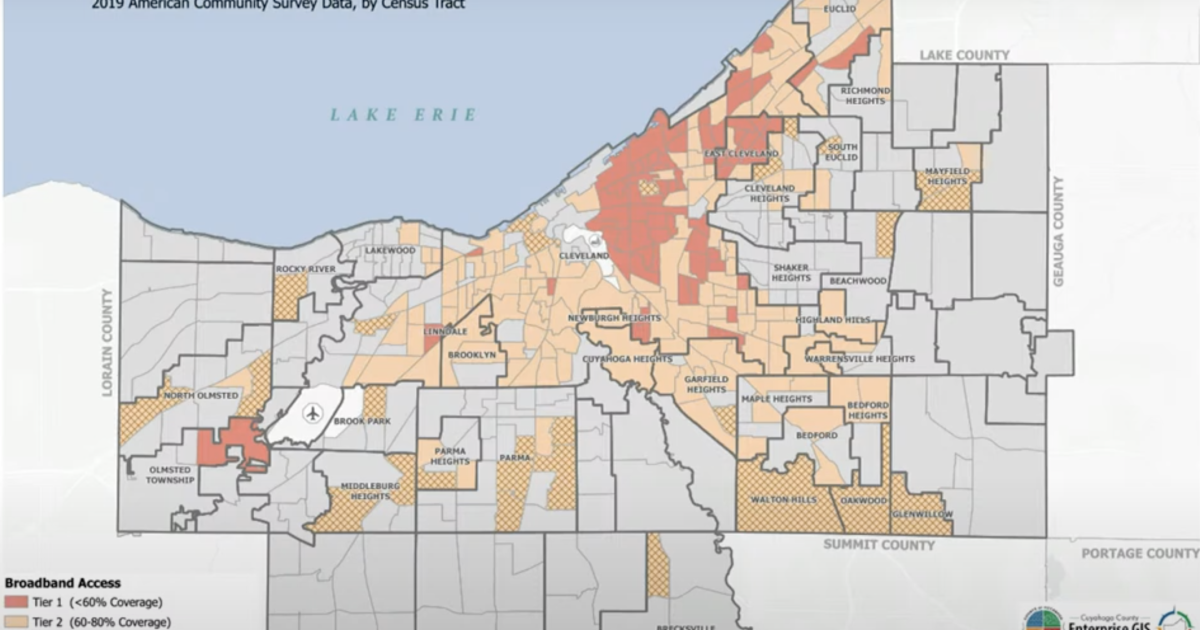 CUYAHOGA COUNTY, Ohio — A recent proposal aims to transform one of the least connected communities in the nation into one of the most connected. In Cuyahoga County, nearly 18% of households do not have Internet access. The statistic jumps to 40% when looking at families whose annual income is less than $20,000.

“In rural areas, you find that in many places they don’t have physical access. Here it’s less of an issue, although it’s still an issue, but here it’s more of a class issue,” Cuyahoga County Executive Armond Budish said.

Budish said the county was looking at ways to fix connectivity issues ahead of the pandemic. The health crisis has both highlighted the need for better broadband access and channeled federal funds into the community to make it possible.

“Without the bailout dollars, we would be hard pressed to find those funds. So now is a good time because we have received funds from the federal government that we can use for this purpose,” Budish said.

This week, the Cuyahoga County Council’s Community Development Committee heard a presentation on a nearly $20 million proposal to expand broadband access to 85% of the county’s least connected areas.

It would leverage money from the American Rescue Plan Act (ARPA) to contract with the nonprofit PCs for People to build a fixed wireless network to support 20,000 suburban households. A wired approach to multi-family units would connect an additional 5,000 households.

“We’ll be one of the first, certainly in Ohio and maybe the country, to say we’ve got everybody covered,” Budish said.

PCs for People promises internet speeds over 100 Mbps with its service for $15 a month. Households whose income is 200% below the poverty line may also qualify for a federal subsidy to cover the monthly cost.

The organization, which offers broadband access and refurbished business computers for little or no cost, said its research shows that a household’s income can increase by 15% in the first year with access. internet and computers.

“All the economic and social impacts of not being able to do a CV at home, having to do homework at the library, having to do telehealth in the library or on the phone outside…all of these obstacles compound and fuel poverty issues,” said Bryan Mauk, chief innovation officer at PCs for People.

Proponents of broadband expansion have called it an economic development problem. Mauk also said it was a quality of life issue.

“We learn online, we work online and we also live online,” he said. “We watch movies, we have Facebook, we connect with people and that helps reinforce all aspects of that.”

The second phase, which takes place within 12 months of the start of the rollout, would include Euclid, Garfield Heights, Lakewood and Maple Heights.

A map of the county shows the final stage, which is expected to be completed within 24 months, would include Bedford Heights, Cleveland Heights, Highland Mills, Mayfield Heights, North Randall, Parma Heights, Richmond Heights and South Euclid.

On Monday, members of the Community Development Committee voted unanimously to bring the measure back to the entire Cuyahoga County Council. The Council is due to hear the proposal two more times and vote on it on June 7.

Cleveland is also pursuing a similar investment in broadband access in the county’s urban core.

Download the News 5 Cleveland app now for more stories from us, as well as top news alerts, the latest weather forecasts, traffic updates and more. Download now on your Apple device here, and your Android device here.