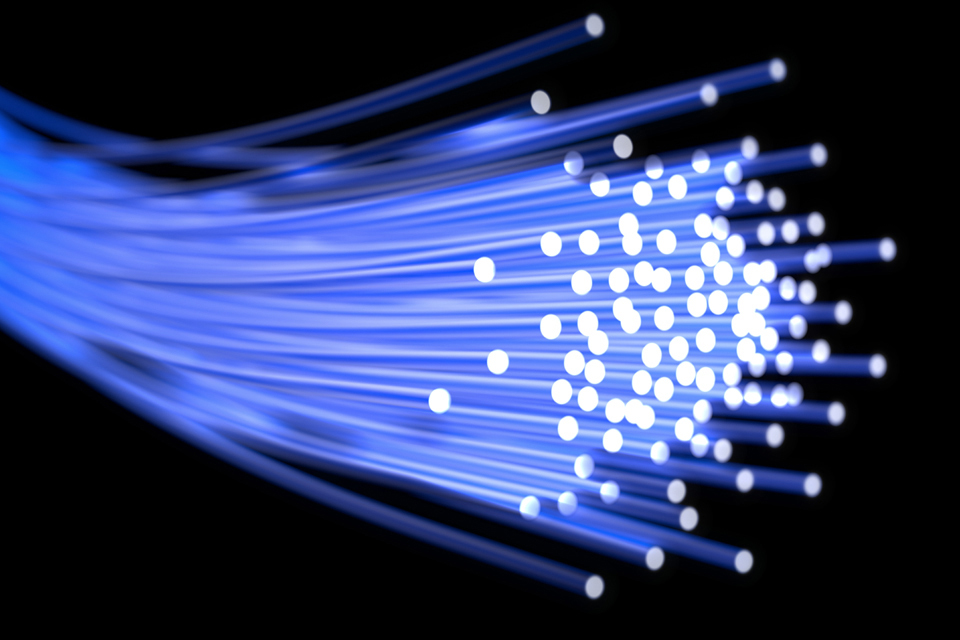 £ 4.5million to help thousands of people in central Scotland get gigabit broadband

More than 5,300 homes and businesses in Ayrshire, Edinburgh, Falkirk, Fife, Stirlingshire, Greater Glasgow and Lothian will have access to gigabit speeds thanks to the first Â£ 4.5million granted by the program national gigabit from the UK government.

These premises currently have slow speeds and were already expected to benefit from very high speed thanks to the Scottish Government’s Reaching 100 (R100) program, which is expected to invest Â£ 83million in central Scotland.

But now, thanks to an agreement between the UK and the Scottish governments, properties will enjoy gigabit-capable fiber-optic broadband right to their doorstep.

This move will ensure the sustainability of Internet connections for people in these areas for the next thirty to forty years and allow them to take full advantage of advanced technologies such as 8K television and virtual reality streaming.

The first pound to spend from our Â£ 5 billion pot on gigabit broadband will be in Scotland.

This is because our mission is to provide super-fast next-generation internet connections to all parts of the UK as we recover better from the pandemic.

And that’s just the beginning. Other parts of Scotland and the rest of the UK will benefit from our record investment in this national broadband upgrade and we will be announcing more areas soon.

The past year has undoubtedly demonstrated how vital digital connectivity is in all areas of our lives – from health, wellness and education to social and economic recovery.

This is why the Scottish Government is investing Â£ 579m to finance the Â£ 600m cost of our Achieve 100% program, building the infrastructure which, together with commercially oriented works, will ensure access at superfast speeds to 100% of homes and businesses across Scotland.

The vast majority of connections delivered to more than 120,000 premises thanks to our investment in the three R100 zone contracts – 100% in the South, 86% in the North and, now, 95% in the Center – will be made by fiber directly to premises, delivering gigabit capacity, delivering connection speeds 30 times faster than our lightning-fast commitment, and resilient and scalable connectivity for decades to come.

It’s great news that Central Scotland has been announced as the first region to benefit from the UK Gigabit program, and it’s a pleasure to see the UK and Scottish governments working together in partnership to bring communities up to speed.

The UK government will spend more than Â£ 5 billion to help those in areas most in need of improved connectivity. It will help us to rebuild better from the coronavirus and create new jobs and economic opportunities.

The Scottish Government’s R100 program is ensuring that all homes and businesses across Scotland can access super high speed. The vast majority of connections will be gigabit capable and delivered over all-fiber cables built directly into the premises – known as Fiber to the Premise (FTTP).

In central Scotland, some premises were to be delivered via Fiber to the Cabinet (FTTC) technology.

The UK government is committed to providing nationwide gigabit-compatible broadband coverage through its UK Â£ 5bn Gigabit program, with a minimum coverage target of 85% by 2025. The Â£ 5bn will be used to subsidize construction in hard-to-reach areas. which should not benefit from the planned deployment in the industry.

Since the UK Gigabit program is expected to revise these 5,368 premises at some point to convert them to FTTP, the Scottish and UK governments have agreed to a technological “switch” from FTTC to FTTP. This offers the possibility of reducing construction costs, allowing the delivery of connections earlier and at a better price-performance ratio.

The UK government will soon announce other parts of the UK which will be the first to receive a share of the Â£ 5 billion and be connected through the UK Gigabit program.

TDS Fiber will be a new Internet service provider in Boise, ID